We Need A Doctor 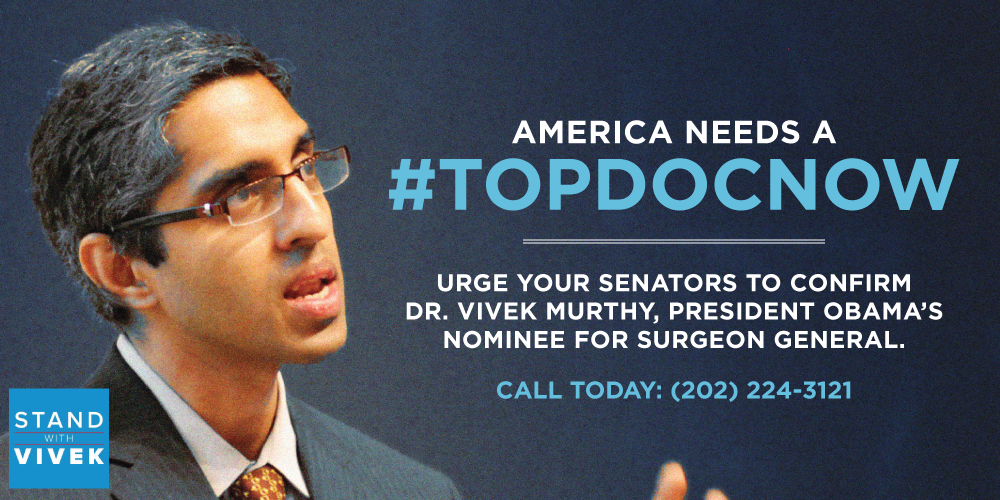 Dr. Vivek Murthy, a skilled physician with broad support from the medical and public health communities is one vote away from becoming America’s Surgeon General. Unfortunately, like everything else in Washington, his nomination was ground to a halt by those who are bent on causing government gridlock.  Dr. Murthy’s opponents are even using his support for reasonable gun violence prevention as an excuse to delay his nomination!

We’ve been waiting for a Surgeon General since July of 2013. In the middle of an international health crisis, there is no excuse for waiting a moment longer. Can you email PA’s senators today and tell  them it’s time to confirm Dr. Murthy to be America’s top doctor?