Think Bump Stocks Should be Regulated as the Dangerous Devices They Are? Let the ATF Know! 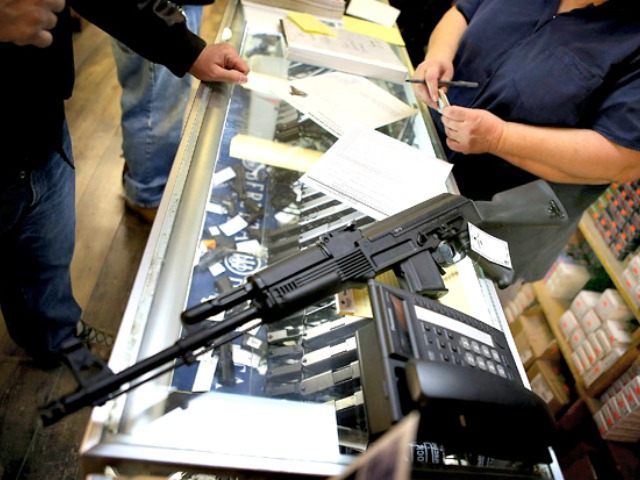 On October 1, 2017, the deadliest mass shooting in modern American history took place when a gunman armed with semi-automatic rifles started shooting from a Las Vegas hotel down into a crowded street concert. The rifles and ammunition the gunman possessed were deadly in their own right, but he also used an accessory called a bumpstock to modify his semi-automatic rifles to fire more rapidly, to mimic the fire of a fully automatic machine gun.

Across the nation, Americans realized that these “accessories” need to be regulated. Congress and/or the Bureau of Alcohol, Tobacco and Firearms (BATF) must act. And now, some states have taken action. HB1872 is waiting for a vote in the PA House that would ban this dangerous device. But there is a possible national solution. BATF is asking for comments about a proposed rulemaking that would clarify the definition of “machinegun” in the National Firearms Act of 1934 to include conversion devices like bump fire stocks that convert a semi-automatic rifle into the functional equivalent of a fully automatic rifle.

We have a chance to be heard. Anyone can submit a comment on the proposed rulemaking, and we know that people who want these deadly devices to remain unregulated are doing so.

Please take a moment and submit a comment to the ATF. You can do it online, and we’ve provided a draft comment for you.

Form submission (You can paste this in or write your own comment!):

I believe the ATF should ban bumpstocks under the same rule through which they regulate machine guns. Bumpstocks are used to increase the rate of fire of a semi-automatic weapon.  They do so with deadly results.  Las Vegas was a massacre.  ATF must take into account the toll of gun violence on communities like Las Vegas, in terms of injuries, loss of life, and the financial loss to businesses in the communities that are affected. The continued presence of these dangerous devices poses a continuing threat to all of our communities and both Congress and ATF must take action quickly to address this threat to public safety.

CeaseFirePA released the following statement to the Bureau of Alcohol, Tobacco and Firearms:

Pennsylvania suffers close to 1,500 gun deaths a year, and the problem is not limited to our large urban centers. Almost 50% of the law enforcement officers killed in the line of duty in Pennsylvania in recent years have been killed with long guns, often with semi- automatic rifles. This is higher than the national average. We are concerned that bump stocks, which make semi- automatic rifles even more lethal, are legal and easily accessible. While legislation to regulate bump stocks is pending in the Pennsylvania legislature, a pragmatic, effective, and nation-wide solution is needed from Congress and the Bureau of Alcohol, Tobacco, Firearms and Explosives (ATF). We hope that Congress will act to protect communities all over the country from another devastating mass shooting by banning bump stocks and all other similar firearm devices or accessories. In the meantime, we urge ATF to finalize its proposed rule clarifying that that bump fire stocks, along with other “conversion devices” that enable semiautomatic weapons to mimic automatic fire, qualify as “machineguns” under the National Firearms Act and are generally illegal to possess.

On October 1, 2017, in Las Vegas, Nevada, a gunman on the 32nd floor of the Mandalay Bay Hotel opened fire into a crowd of 22,000 concertgoers at the Route 91 Harvest music festival. In what became the deadliest mass shooting in modern U.S. history, the gunman fired more than 1,000 rounds of ammunition in 11 minutes, killing 58 people and injuring more than 500. This rapid-fire was made possible by the “bump stocks” fitted to the shooter’s semi-automatic rifles. Congress and ATF must take action to ban bump stocks in order to protect public safety.

As the ATF is undoubtedly aware, fully automatic firearms (otherwise known as “machine guns”) are heavily regulated under federal law. The National Firearms Act of 1934 and Gun Control Act of 1968 make machine guns extremely difficult to obtain. However, bump stocks enable gun owners to bypass federal regulations by altering semi- automatic rifles, which are legal, to achieve the fire rate of an automatic rifle. When a semi-automatic with a bump stock is fired, the bump stock rebounds from the recoil energy of the bullet leaving the barrel and sends the gun forward into the shooter’s finger repeatedly, thereby effectively mimicking the fire rate of an automatic firearm.1 In fact, the founder of the bump stock created the device to simulate automatic fire.2 12 of the Las Vegas shooter’s semi-automatic firearms were fixed with bump stocks, which allowed him to fire 90 shots in 10 seconds – a speed that would otherwise be impossible for semi-automatic rifles.3 Such effects of bump stocks make them a dangerous risk to public safety.

No one needs this dangerous “accessory.” We urge you to take action to protect the American public.