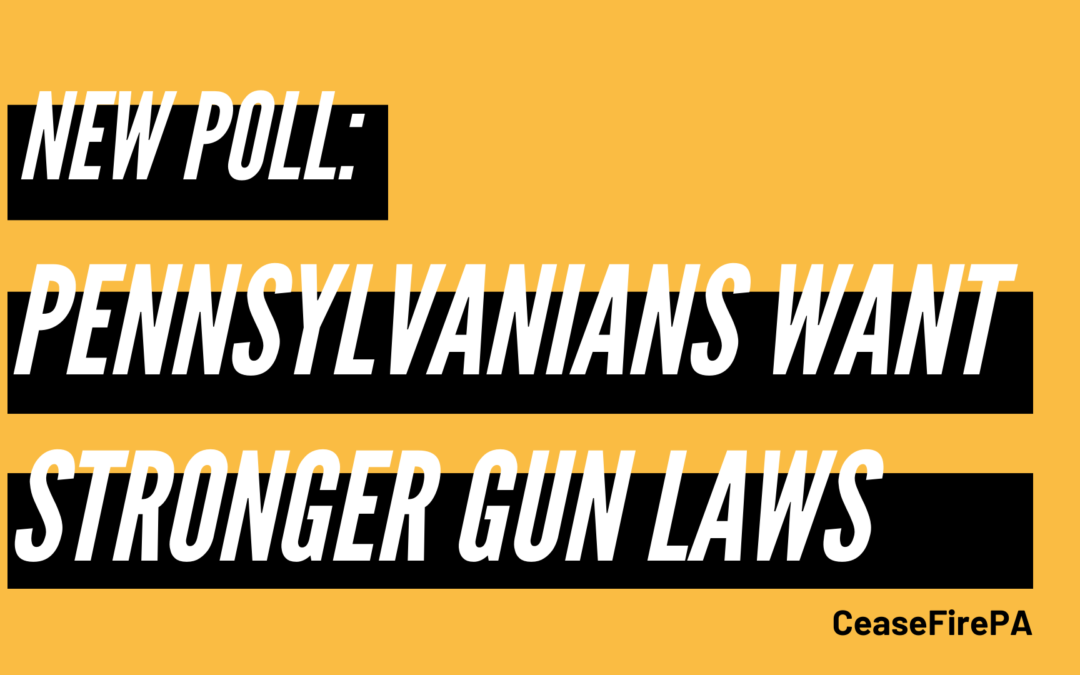 Pennsylvanians are sick and tired of inaction from our lawmakers when it comes to addressing gun violence. A new poll conducted by Franklin and Marshall confirmed what we already know; Pennsylvania voters overwhelmingly want stronger gun laws.

Here are some key findings:

While the majority of Pennsylvania voters support these bipartisan efforts to reduce gun violence, Harrisburg has refused to hold a single vote on gun violence prevention policies. It’s time to let them know what we think about that.