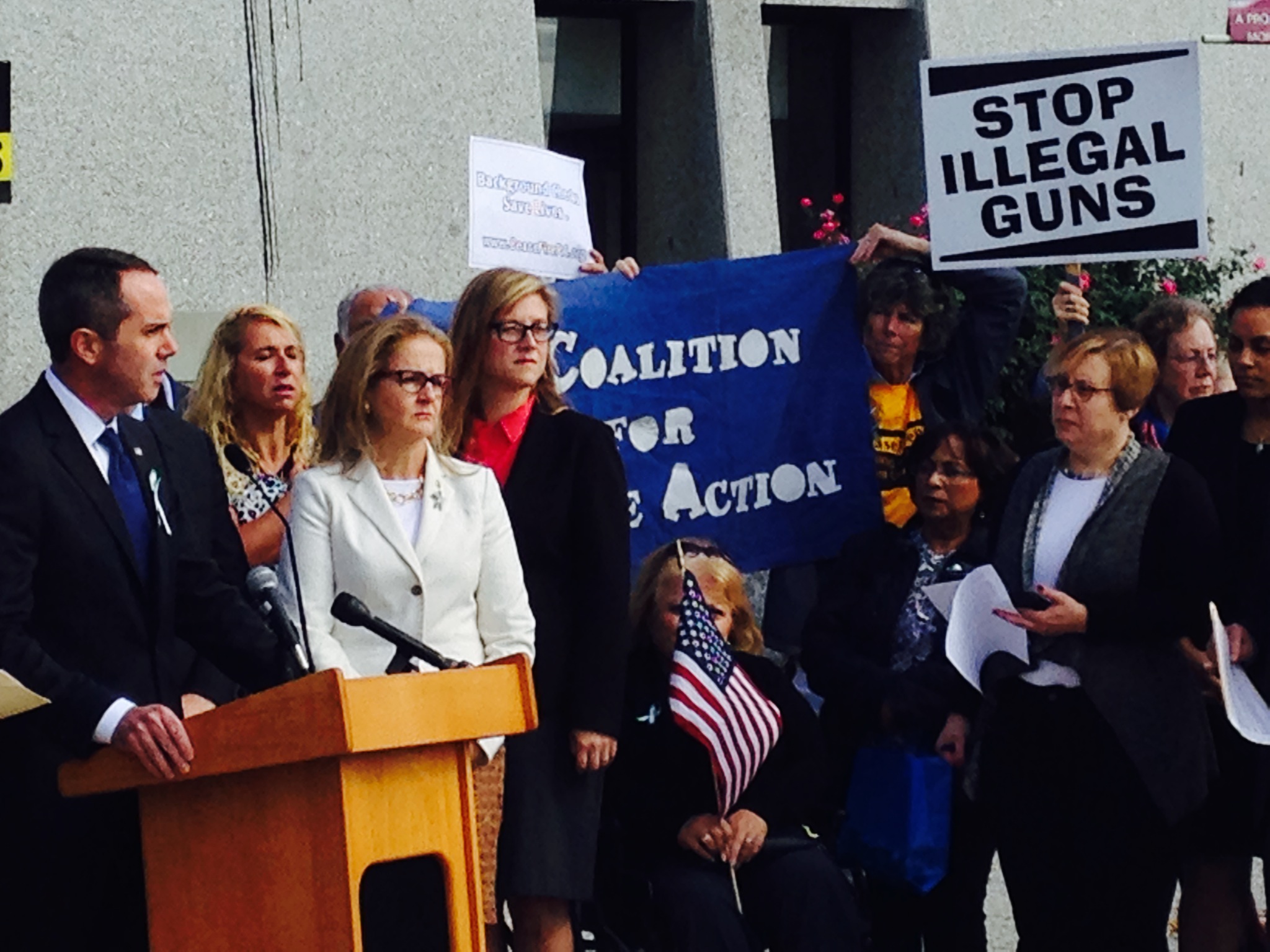 CeaseFirePA proudly stood with State Rep. Steve Santarsiero and State Senator Vince Hughes as they announced that they will introduce  bills to close the loophole in Pennsylvania’s background check system that allows criminals and domestic abusers to buy long guns in private sales without a background check. Referencing the almost routine occurrences of mass shootings, Rep. Santarsiero said, “We can be paralyzed by fear, horror and sadness or we can take action.  We are here today because we have chosen to act.”

The long gun loophole is dangerous.  Tragically, of the 18 Pennsylvania law enforcement officer fatally shot while serving in the line of duty since 2008, half were killed by a long gun-a figure that is more than twice the national average.

While Commonsense firearm legislation continues to elude the PA House and Senate, the large showing of bi-partisan legislators today suggests that perhaps Harrisburg is finally hearing the 85% of Americans who wants background checks.  Follow the links below to find out more about the legislation.