CeaseFirePA is Hiring a Philadelphia Organizer 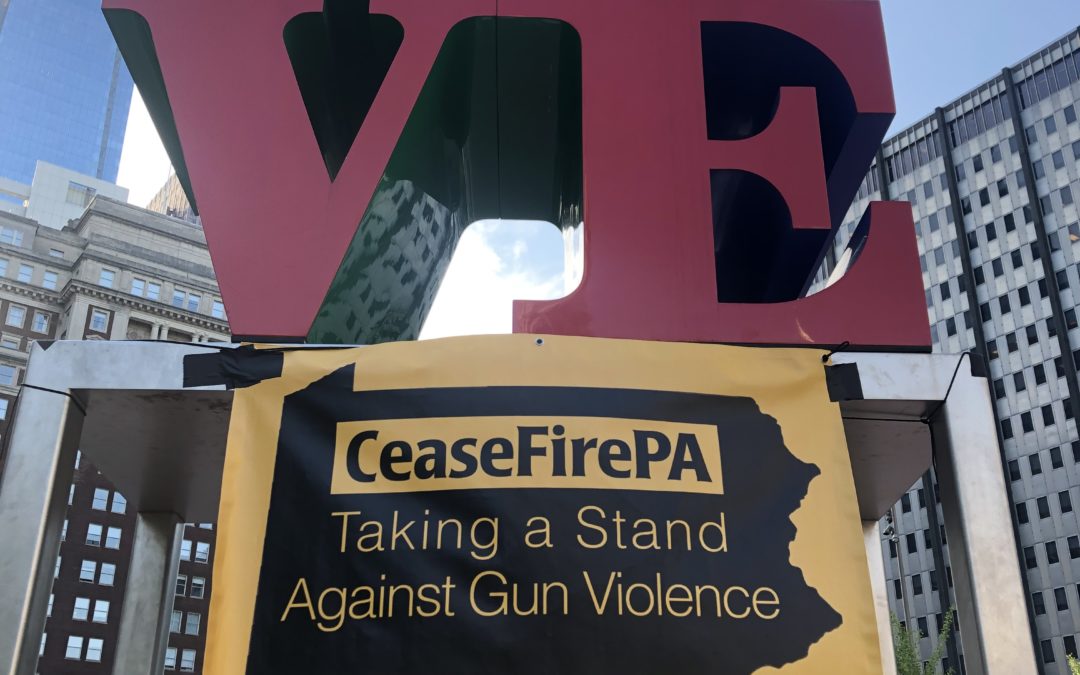 CeaseFirePA is looking for organizers to help end the epidemic of gun violence by leading our efforts in Pennsylvania.

Gun violence takes too many lives and harms too many people across the country. Mass shootings have devastated Pittsburgh, Parkland, Las Vegas, Orlando, and Newtown. The daily toll of gun violence kills people in the streets and in their homes. And when a firearm is present, domestic violence and suicide attempts are more likely to end in death.

There are clear solutions. Extreme risk protection laws to remove guns from people in danger of harming themselves or others. Background checks and waiting periods to keep them out of dangerous individuals’ hands. Bans on military-style assault weapons and expanded magazines.

Despite the overwhelming support by Pennsylvanians for new firearm safety laws, too few elected officials are willing to support them. The gun lobby–led by the NRA and state gun rights organizations fights every single attempt to save lives through stronger gun safety laws.

We will not back down. CeaseFirePA provides Pennsylvania citizens who support gun violence prevention the skills and the opportunity to act. We partner with community organizations, doctors, nurses, faith leaders, and survivors. We advocate for policies at the local, state, and national level that will make our communities safer. And, we work with community efforts to prevent gun violence through suicide prevention, mental health programs, and other violence reduction efforts.

We have passed laws to protect domestic abuse victims from gun violence, defended the state’s background check system, and stood up for towns trying to keep their residents safe.

CeaseFirePA’s Philadelphia Organizer will be responsible for building the necessary political power to win new gun safety laws. You will train and deploy activists, manage existing and build new partnerships, generate media attention about the toll of gun violence, and lobby decision-makers.

Initially, you’ll be responsible for launching a faith and community-based coalition of activists, organizations and advocates who are on the frontlines of gun violence, lift up their voices to demonstrate the failure of our elected officials to rein in this plague, and provide opportunities for them to engage in our statewide advocacy efforts.

You’ll raise up the voices of those lost to gun violence, and their survivors, by organizing community-based events and using social media. You’ll work with elected officials at the local and state levels to demonstrate how gun violence prevention policies can benefit Philadelphia and identify new solutions. And you’ll organize Leadership Institutes to train citizens how to engage with decision-makers on gun violence.

Qualifications
● At least two years of experience in field, advocacy, political or community organizer campaigns;
● Strong writing and public speaking skills that will motivate someone to act;
● Ability to build strong relationships with partners who have different perspectives on an issue;
● Drive to hit specific goals and evaluate how to improve your efforts;
● Strong time-management skills that allow you to juggle multiple projects while keeping your eye on the big picture;
● Proven ability to work independently on projects by seizing opportunities and solving problems as they arise;
● Willingness to work evenings, weekends and rapidly respond to breaking events;
● Ability to enjoy collaborating with a dynamic team of advocates and organizers;
● A passion to end gun violence through education, organizing and advocacy
● PLUS: Ties to the Philadelphia Community and/or bilingual

BENEFITS: Salary is commensurate with experience. As a full-time position, the organizer is
eligible for our excellent benefits package including full-covered health care, paid time off, and
401(k).

HOW TO APPLY: Send a cover letter and resume to Christian Soltysiak at hiring@ceasefirepa.org with the subject line “Campaign Organizer”. If you have a location preference, include that in the email.

CeaseFirePA provides equal employment opportunities to all employees and applicants for
employment and prohibits discrimination and harassment of any type without regard to race,
color, religion, age, sex, national origin, disability status, genetics, protected veteran status,
sexual orientation, gender identity or expression, or any other characteristic protected by
federal, state or local laws.

We value a diverse workforce. CeaseFirePA encourages women, people of color, persons with
disabilities, people with records of arrest or conviction, veterans, and lesbian, gay, bisexual, and
transgender individuals to apply.