On the Second Anniversary of Newtown, Remember and Recommit 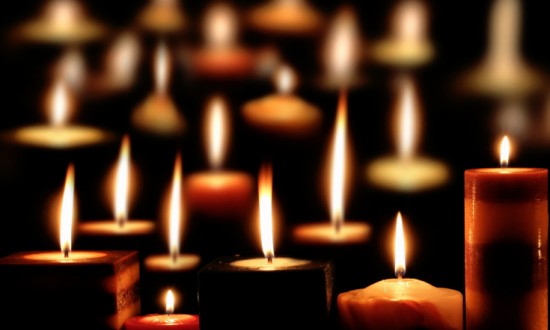 As the nation comes together to mark the second anniversary of the Sandy Hook shooting, CeaseFirePA has joined with partners across Pennsylvania to remember the victims of Sandy Hook and to honor all victims of gun violence.  Gun violence is plaguing our towns, cities and suburbs.  No one is immune.  Bullets do not discriminate based on geography, race, religion, or political affiliation.  This is a problem that unites us; and it will take united action to find solutions.

CeaseFirePA is proud to stand with its partners at the local, state and national levels to fight gun violence and to work for common sense policies that will make our communities safer.  Although this work is difficult and at times frustrating, we are heartened by the growing roar of voices calling for change.  This much we know: the numbers of those working for solutions is increasing, and the partnerships and networks connecting in pursuit of change are strengthening.

With all of the momentum that we had in the weeks and months following Sandy Hook, we definitely thought and hoped that more would have changed by now.  But we know that determination and renewed focus in the face of obstruction and obstacles are the best paths forward.

Today we recommit ourselves today to work with every Pennsylvanian who will take a stand against gun violence, who will support expanding the background check system to keep guns out of the hands of those who should not have them, who will work for common sense policies like mandatory reporting of lost and stolen firearms, and who want to see those who choose to violate our gun laws face tough consequences.

Those who wish to join this movement are welcome and those who wish to lead Pennsylvania must join this movement.  This is the time for action.  Pennsylvania can and should live up to its moniker as the Keystone State and serve as a foundation for reform that the rest of the nation can build upon.  Harrisburg has been silent too long, content to do nothing, or — even worse  — do the bidding of the gun lobby.  Instead, it is time for Harrisburg to stand up for the citizens of Pennsylvanians —  ordinary people who simply want a safer Commonwealth for their children, their families and their communities.

For a nation that seems numb to the news of yet another shooting at one of our schools, let’s make sure that another year does not pass without meaningful change.  Take a stand against gun violence and help Pennsylvania lead the way.