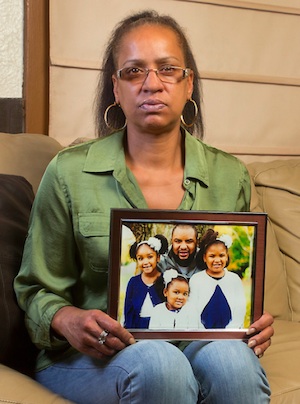 My name is Wynona Harper. I lost my son to gun violence and his murderer has never been caught. I know how gun violence tears apart our communities.

As you may know a group of gun extremists is planning to openly carry guns in a public park in Lower Merion. I think these rallies are dangerous and make our parks less safe for families and children but what really struck me was the comment by the head of this group, Kim Stolfer.

When speaking about carrying guns in the park Mr. Stolfer said: “This is a civil right…Sunday’s rally in Lower Merion is a Rosa Parks moment.”

This is outrageous. Rosa Parks was a civil rights hero who had basic human rights denied to her. Mr. Stolfer is a bully who is trying to intimidate our towns and our families, not a civil rights hero who has been forced to the back of a bus because of the color of his skin. Shame on Mr. Stolfer for comparing himself to one of our great American heroes.

CeaseFirePA is fighting this type of crazy and dangerous rhetoric but they need your help. Can you make a donation of $25, $50, or $100 so they have the resources to combat this type of extremism?

Thanks for all you do,