At a press conference held Tuesday, October 24, 2017 at City Hall, Lynne Honickman of the Honickman Foundation announced a $100,000 challenge grant to support the work of CeaseFirePA in combating gun violence.

Watch the video and see photos of the event (by Jared Piper/PHLCouncil) below.

Read her call to action and donate now!

JOIN ME IN CHANGING OUTRAGE INTO ACTION

My name is Lynne Honickman. I have always believed in the power of unified action by people on the ground to solve pressing problems. Gun violence is an undeniable health crisis, producing horrendous stress in our communities, our families and our children.

In 2007 I founded Mom’s Against Illegal Guns, believing that if moms could raise their voices to their elected officials, signing electronic letters requesting sane gun laws, we could solve our gun violence crisis. I thought moms would come out in the streets shouting, and some did. But our leaders did not act. After three years of trying, crying out and shouting to the wind, we knew that we had to grow, get louder and join forces. In the summer of 2010, we became the proud partners of CeaseFirePA, the largest gun violence prevention organization in Pennsylvania, serving with executive director Shira Goodman, one of the most inspired, respected and proactive leaders we have.

WE CAN’T HAVE ANOTHER LAS VEGAS!

We don’t hate guns, we hate what guns can do when not monitored by good and ‘common sense’ laws that respect and protect life. I agree with Joyce Foundation President, Ellen S. Alberding who pleads “Let’s start by challenging the assumption that there’s no way to stop gun violence. Gun violence in the United States is not a constitutionally derived inevitability. Gun violence, whether directed at a member of Congress or a child walking home from school, happens because our elected officials have made a series of deliberate policy judgments that guns should be easy to buy, sell, and carry by nearly anyone, anywhere, any time.”

Our legislators must pass gun laws that people throughout Pennsylvania and the United States want: lost and stolen reporting requirements, expanded background checks, limits on high capacity magazines, and stricter regulation (if not a full renewal of the ban) on assault weapons. They must stop putting Weapon Manufacturers’ profits over our safety and security.

Each of us has to look inside and ask ourselves if we’re willing to stand up and demand better from our elected officials. And if they don’t hear us, won’t comply, remain unwilling to represent us… they must step aside — or — we can ‘vote’ them out.

We know that so many have experienced devastating loss. We keep them in our thoughts and prayers, and we are motivated by their pain. If we truly want to honor the memory of those lost  to senseless killing, ‘feeling’ is not enough. A call to action is sorely needed. Because we have a distance to go to achieve what we’re reaching for… it is all of ‘US’ who will have to take part in making the ‘possible’ a reality. It’s up to all of ‘US’ to begin screaming – and not to stop screaming-until that need is fulfilled. Margaret Meade said “Never doubt that a group of committed people can change the world. Indeed, it’s the only thing that ever has.”

With CeaseFirePA, we work to amplify the voices of whole communities calling for an unrelenting, determined end to gun violence. I support and believe in this work, and I hope you do, too. To that end, the Honickman Foundation is offering a challenge grant, with a lead contribution of $100,000 to match your contribution to CeaseFirePA.

So many have asked what you can do to help. MEET THE CHALLENGE if you are able. NO AMOUNT IS TOO SMALL.

We are trying to build a stronger ground force in order to compete with the NRA’s dominance in our state – and our nation. We are going to fight on the ground … in Harrisburg … and in communities large and small to keep families safe from senseless gun violence. But we can’t do it alone. We need you to stand with us.

On behalf of CeaseFirePA we thank you from the bottom of our hearts for what you have already done.

PLEASE IMAGINE HOW MUCH MORE WE CAN DO TOGETHER.
IF NOT NOW WHEN?
IT’S ALL ABOUT WHAT  KIND OF WORLD WE  WANT  HERE. 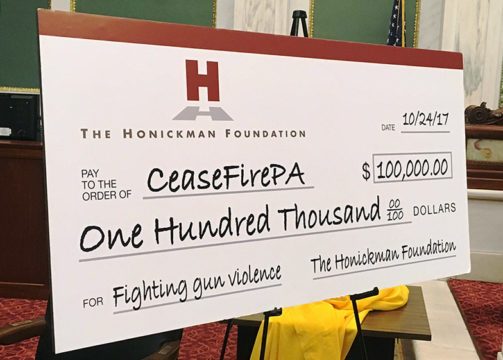 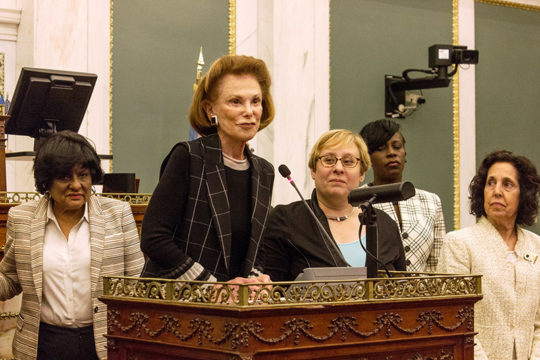 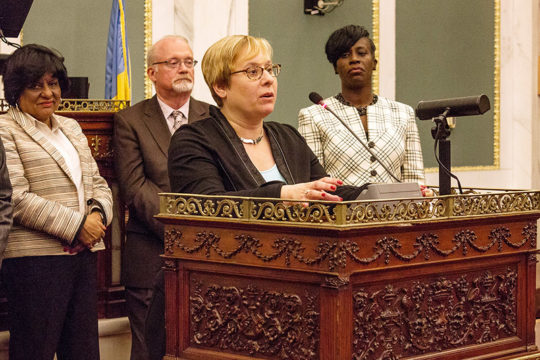