This Week in Harrisburg: The Fight Continues 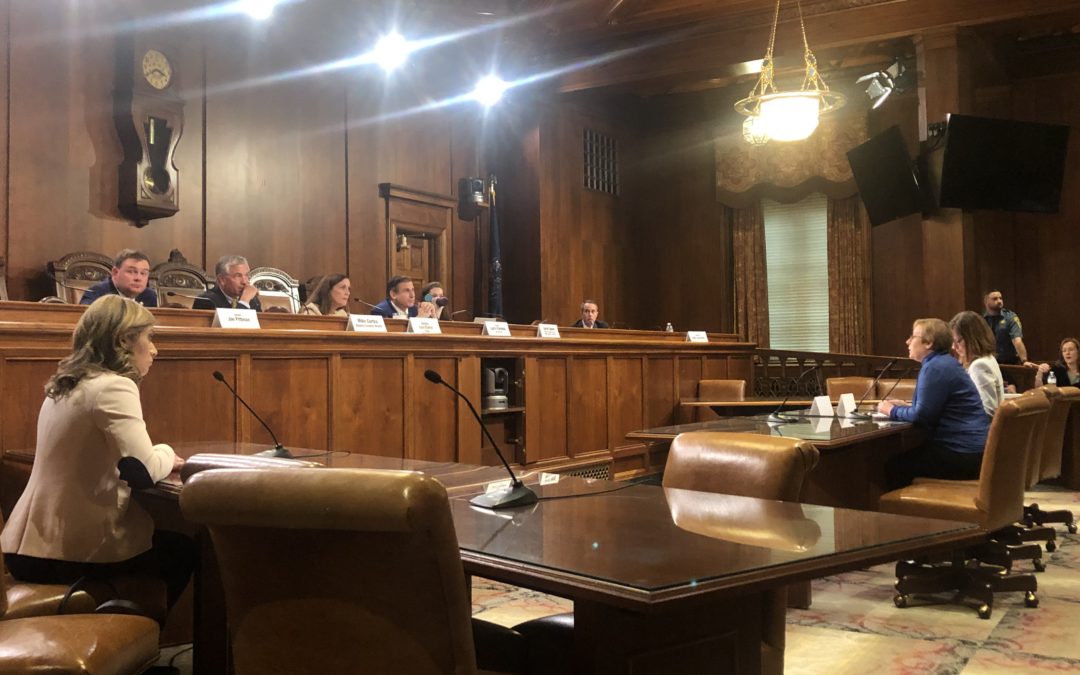 This week in Harrisburg gun violence prevention policies were front and center.

The Committee heard from a wide range of experts including CeaseFirePA, trauma doctors, psychiatrists, the Pennsylvania State Police, and the National Rifle Association.

Psychiatrist Kenneth Certa testified on how when talking about behavioral health and gun violence we must be clear that mental illness does not cause violence. We must separate those two issues, and work hard to address violence without stigmatizing those living with mental illness. That’s a key benefit of ERPO, which focuses on behavior and actions, not labels and diagnoses.  The doctors also discussed how firearms are the most lethal form of suicide and how almost all survivors of a suicide attempt immediately regret it.

Trauma doctors Zoe Maher and Raquel Forsythe testified about the impact of gun violence on public health. They also discussed the trauma to the human body they have both seen first-hand caused by firearms.

Giffords Law Center’s Adam Skaggs discussed how measures like Universal Background Checks and Extreme Risk Protection Orders do not violate the Second Amendment. He explained that these policies have been proven to save lives and that Pennsylvania’s gun death rate is higher than the national average.

In the House, we saw the Judiciary Committee vote on a wave of gun-related bills that will not make us safer while they failed to hold a vote on Extreme Risk Protection Orders. They passed several bills including preemption aka ‘Sue Our Cities,’ mandatory minimums, allowing more Pennsylvanians to drive around with guns, and making it easier for civilians to use tasers.  Two good bills also passed: one requiring individuals involuntarily committed to turn over their guns within 48 hours (as opposed to the current law that allows 60 days) and one creating a self-exclusion list whereby individuals may place themselves on a list that prohibits them from purchasing firearms.

Click here to check out the House Judiciary Votes for September 24 2019
After the voting meeting, Chairperson Rob Kauffman said, “We will not be considering red flag in the House Judiciary Committee long as Chairman Kauffman is chairman.” Chairperson Kauffman’s words are shameful and outrageous.  We take them as fighting words, not the final word.
We are more determined than ever! Chairperson Baker is now considering the next steps to take and should make a decision soon. We hope these hearings and meeting were a prelude to action.
We are not backing down! Pennsylvanians want the legislature to pass laws that make us safer from gun laws. Will you join the fight?