PA is in mourning 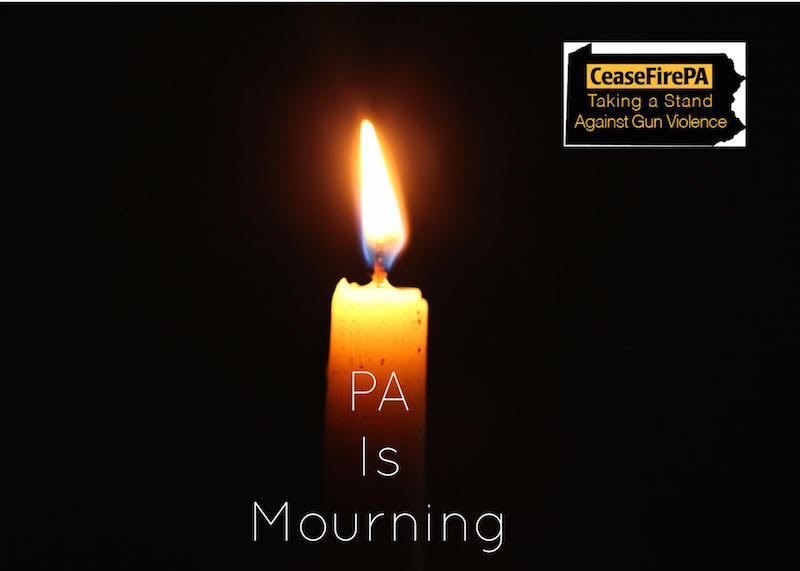 This has been a very difficult few days in Pennsylvania. On Tuesday night, six people were killed in Philadelphia in several separate incidents — five by gun shot, one by knife. Last night in Wilkinsburg (near Pittsburgh), five people were killed in a mass shooting that turned a backyard party into a scene of tragedy. This doesn’t even count what may have happened in Harrisburg, York, Lancaster, Reading, or towns and cities across Pennsylvania these last few days.

We are mourning here in Pennsylvania. But it’s almost as if there isn’t time to mourn before the next moment brings more tragic news.

We know you stand with us in the fight against gun violence.  We know you want a Pennsylvania where we can work, play, learn and pray in safety and without fear. Together, that is what we are working for.

We’ll keep you posted on upcoming events and efforts in Wilkinsburg. We’ll need you standing with us in the coming days and weeks.