“It’s Not Enough to Feel Sorry For Us” 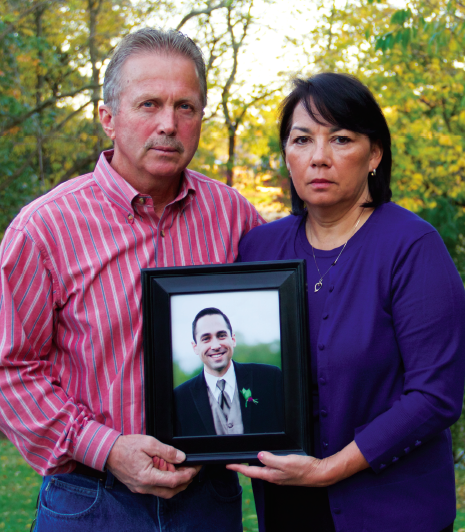 Last night we hosted a telephone town hall with Carol and Mike Hagan. The Hagans lost their son Michael on July 1, 2012, when he was shot near South Street following a night out with friends. His murder has been called a robbery gone wrong, but his case remains open, with no suspects apprehended. The Hagans are now part of a club no one wants to belong to. They are fighting tirelessly to keep the case from going cold and have become advocates for better gun laws.
Thousands of people joined us for this live conversation with the Hagans. They spoke from the heart about getting involved and making our voices heard. Carol movingly urged “it’s not enough to feel sorry for us — you need to take action.”
We’re working for change. Thanks for all you’re doing — Senators Toomey and Casey, and their counterparts in DC and Harrisburg need to keep hearing from you. And we know that their phones were already ringing last night!
Our leaders need to listen to stories of families like the Hagans and stand up for all of us.
We all need to step up.
Thanks for all you do.