he called us “Nazis” 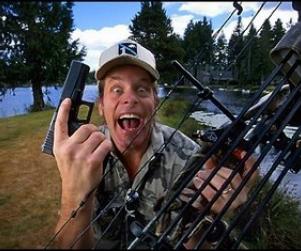 You may have heard that yesterday, singer and NRA Board Member Ted Nugent posted a meme on his Facebook page picturing twelve politicians and leaders — all Jewish — who have worked for gun violence prevention, with an Israeli flag emblazoned under their faces. The twelfth photo was of CeaseFirePA’s former Executive Director Max Nacheman.
While we were pleased that our work is rankling Nugent and was recognized alongside that of some of our great partners and leaders, we know that you share our disgust at Nugent’s shameful reliance on hatred as the fuel for his rant.
Can you help us send a message to Nugent by contributing to our new fund named for his song StormTroopin’?
As we told the New York Daily News, “There is room in discussions of gun policy for disagreement, but not for ignorant hatred.” Today, Nugent doubled down, calling those who work for stronger gun laws Nazis. He is sinking further into the pit of hatred and ignorance that is the sanctuary of extremists.
We know that you recognize Nugent’s anti-Semitic screed for the hateful bigotry it is. Let Nugent know this is unacceptable.

Make a contribution in his name, and we’ll send him a thank you for the funds raised.