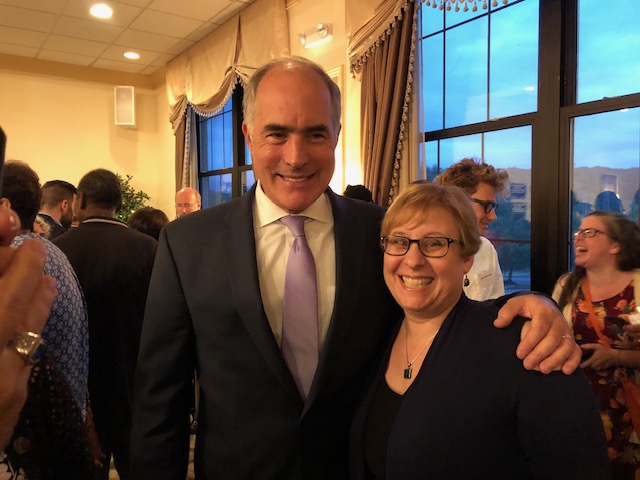 CeaseFire Pennsylvania, the advocacy arm of CeaseFirePA, today announced it is proud to endorse Senator Bob Casey for reelection.

Senator Casey has become a leading voice for gun violence prevention and a champion for key pieces of legislation in recent years.  Following the December 14, 2012 mass shooting at Sandy Hook Elementary School, Senator Casey publicly announced a shift in his positions on gun violence prevention policies.  Since that time, he has voted for strengthening the background check system, has led the fight to disarm hate by making convictions of hate crimes a prohibition against gun possession, and has supported banning assault weapons, high capacity magazines and bump stocks.

Senator Casey is the rare elected official who has publicly admitted that he had been on the wrong side of this issue.  He now recognizes that gun violence is a major public health crisis in the U.S. and that strong, decisive action is needed to keep guns out of the hands of those who should not have them.  His evolution to becoming a gun violence prevention champion has been swift and clear.  We are grateful to have him fighting for PA in the Senate.

We are proud to endorse Senator Casey and look forward to continuing to work with him to fight gun violence.