“Ride for Sandy Hook” cyclists greeted with support in Buckingham 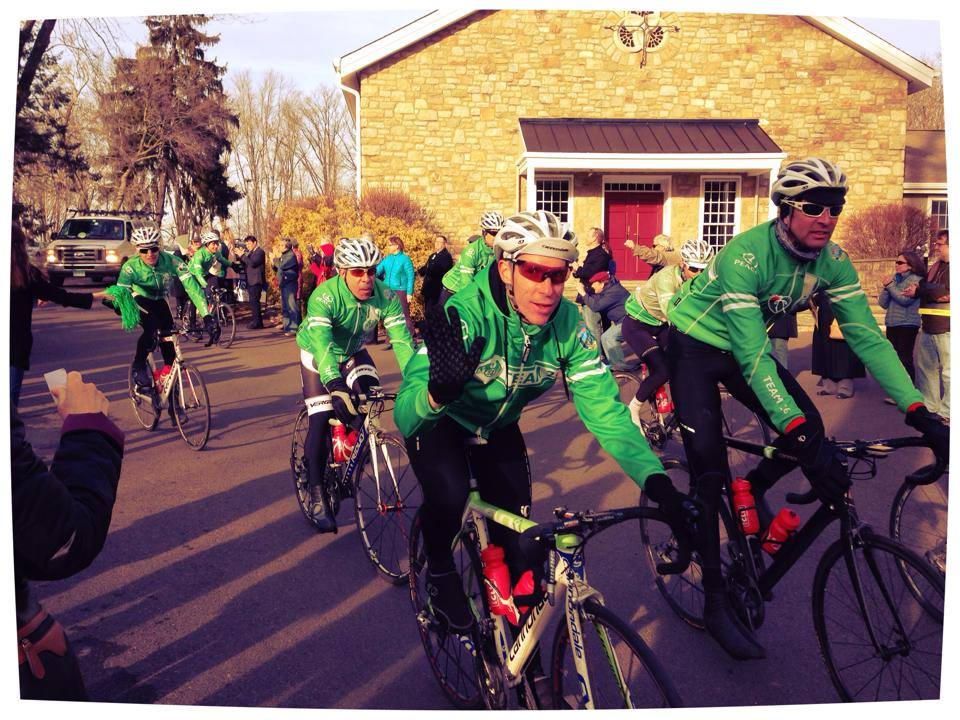 Yesterday afternoon, twenty-six cyclists on their way to Washington D.C. stopped at Trinity Episcopal Church in Buckingham. The second annual “Ride for Sandy Hook,” a 400-mile, four-day journey, is led by Newtown, Conn. resident Monte Frank. Mr. Frank said the idea came to him in the days after the 2012 shooting while talking to cycling friends.

“We need to send the message to Washington that we need to change things,” he said.

When they reach Washington, the riders will petition for more federal gun control laws. More than 150 Pennsylvanians were there to greet them. The gathering in support of the cyclists was organized by Moms Demand Action for Gun Sense in America, Mayors Against Illegal Guns, and CeaseFirePA.

“For a long time we have been a silent majority, but we need to be a noisy majority,” Shira Goodman, Executive Director of CeaseFirePA, told the crowd. “We want reasonable regulations. We want the same things responsible gun owners want. We want to keep guns out of the hands of the same people they want to.”

Read more at The Intelligencer.