March For Our Lives and CeaseFirePA Lobby for ERPO 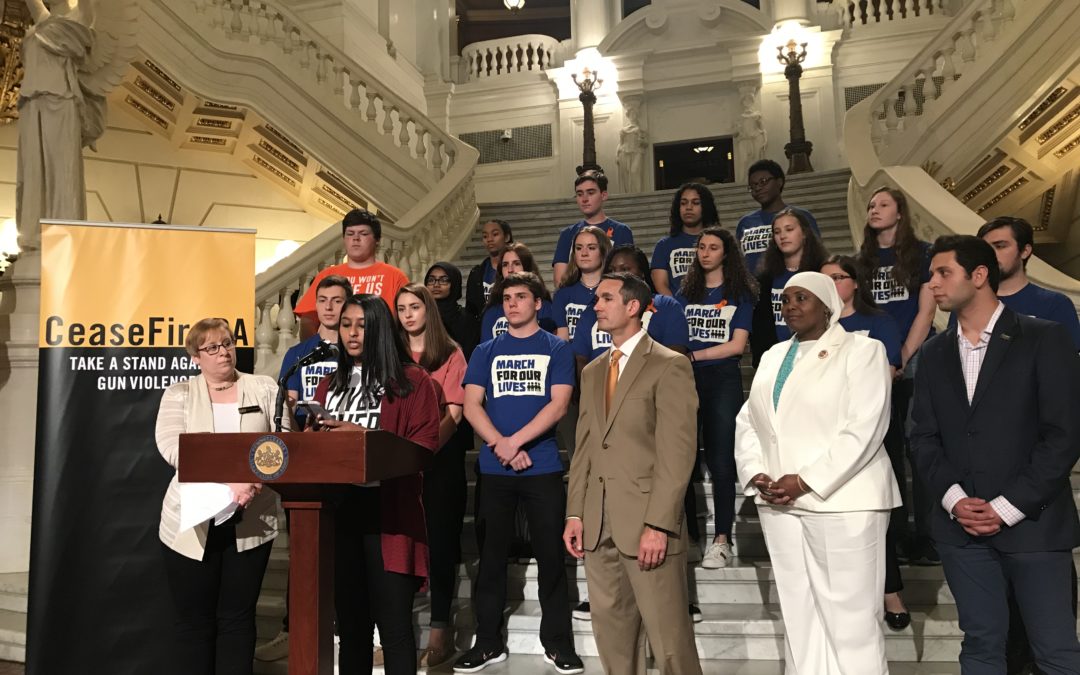 Today CeaseFirePA brought student activists from March For Our Lives to the Captial to lobby for Extreme Risk Protection Order legislation and other common sense gun safety bills. The students hailed from across the Commonwealth including Cumberland, Philadelphia, Berks, Lackawanna, Montgomery, and Allegheny counties.  March For Our Lives students, as well as several Pennsylvanian trauma surgeons, held legislative visits with over 25 lawmakers from both sides of the aisle including Governor Tom Wolf and Representative Aaron Bernstine. These meetings were very productive as the House and Senate versions of ERPO continued to gain support.

CeaseFirePA is proud to continue to work with students and March For Our Lives as we continue to push for common sense gun safety reform like Extreme Risk Protection Orders. Click here to check out Representative Movita Johnson-Harrel’s coverage of our lobby day.