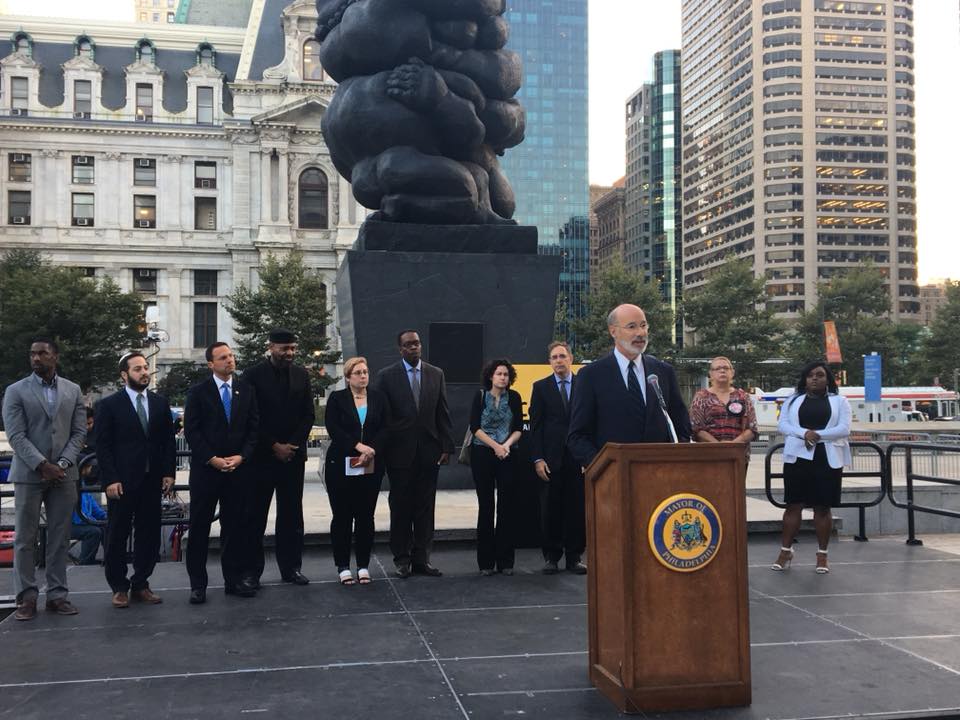 During his tenure, Governor Wolf has recognized the gun violence problem plaguing Pennsylvania and the nation and has pledged support for key gun violence prevention policies.  He passionately advocated for the just-passed bill to disarm domestic abusers, recognizing that domestic violence and firearms are a deadly mix.  We are eager to witness him sign this crucial piece of legislation.

Governor Wolf has also been a strong voice against policies that would make Pennsylvania less safe.  He has promised to veto dangerous bills like those that would allow teachers and other nonsecurity school personnel to carry firearms in our schools and the bill that would enable the NRA and other gun groups to sue PA cities for taking steps to protect their communities.  Fortunately, we have been able to keep these dangerous bills from his desk, but his threatened vetoes demonstrate his understanding of the issue and his commitment to keep Pennsylvania safe.

We are proud to endorse Governor Wolf and look forward to continuing to work with him and his administration to fight gun violence in Pennsylvania.