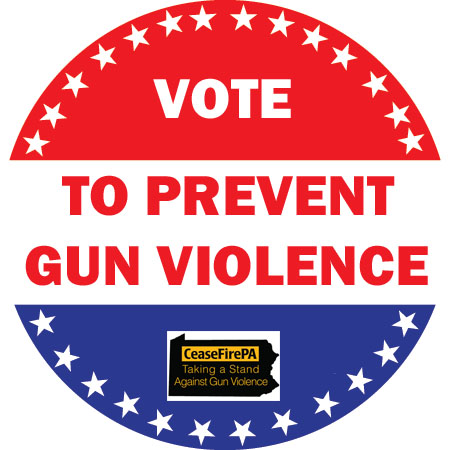 PHILADELPHIA, October 30, 2014 – Today CeasefirePA PAC and CeaseFire Pennsylvania launched a tough ad campaign against Governor Corbett and several State Representatives, pointing out their failure to protect our families from gun violence. The ads feature several families who have lost loved ones to gun violence in recent years. Parents Mike and Carol Hagan and Wynona Harper lost their sons in Philadelphia and Pittsburgh, while Linda Kozic lost her husband during the Ross Township shooting in the Poconos, in which she also suffered very serious injuries.

The ads targeting Governor Corbett and Representatives Julie Harhart, Justin Simmons and Mario Scavello clearly state that each candidate “has failed to work with us against senseless gun violence,” and highlight their records on common sense measures like expanding background checks, lost and stolen reporting, and the recently enacted special standing legislation that lets organizations of gun owners, and other extremist groups, sue our towns.

Although the ads highlight different stories, they tell the simple truth about gun violence in Pennsylvania: no one is immune, it is a problem that affects us all.  The silence and inaction in Harrisburg in response to the tragedies suffered by these and countless Pennsylvania families is appalling when compared to Harrisburg’s bending over backwards to do the bidding of the gun lobby in time for Election Day.

Representatives Harhart, Scavello and Simmons have spoken with their votes, and Governor Corbett has spoken in his ceremonial signing of HB 80 on Tuesday.  Their message is clear: “we value the gun lobby over the lives of Pennsylvanians.”  CeaseFirePA PAC and CeaseFire Pennsylvania are proud to provide the facts to the voters of Pennsylvania, so they can send a reply to Harrisburg.