The “Florida Loophole” is Closed

THE FACTS: In most of Pennsylvania, local county sheriffs are responsible for the administration of concealed carry permits, including coordination with local police to determine the risk associated with allowing each applicant to carry a hidden, loaded gun in public places.

But people who have had a Pennsylvania concealed carry permit revoked, application denied, or know they would be found ineligible for a permit if they applied at all – had discovered a loophole that allowed them to apply for a permit from another state with which Pennsylvania shares reciprocity, and use that permit to carry concealed here.

A tragic example is Philadelphia resident Marqus Hill, whose PA concealed carry permit was revoked after his involvement with a shooting. When a judge denied his appeal to restore the permit, Hill attacked a police officer in the courthouse. A year later, when Hill sent an application for a concealed firearms permit to Florida, their Department of Agriculture was unaware of his dangerous past and issued him a permit.

Less than a year after that, Hill murdered a teenager using a firearm he carried using that Florida permit. 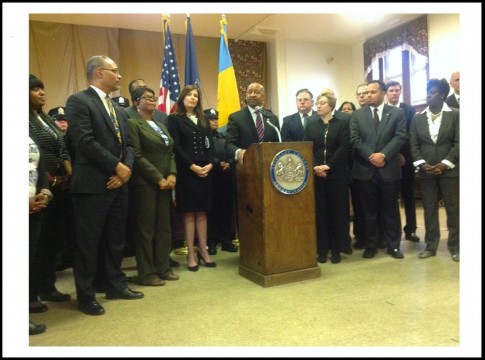 MORE TO DO? Yes! We must ensure that this loophole stays closed.  There are efforts to “undo” the Attorney General’s good work as well as efforts to totally eliminate the requirement that Pennsylvanians obtain concealed carry permits.  In addition, there is an attempt to pass federal legislation that would force Pennsylvania to accept concealed carry permits issued by any other state in the nation. This change would fundamentally undermine Pennsylvania police, sheriffs, and legislators who work together to create a system of concealed carry guidelines, apply them, and enforce them.  Attorney General Kane has joined the Attorneys General of other states to oppose this legislation.